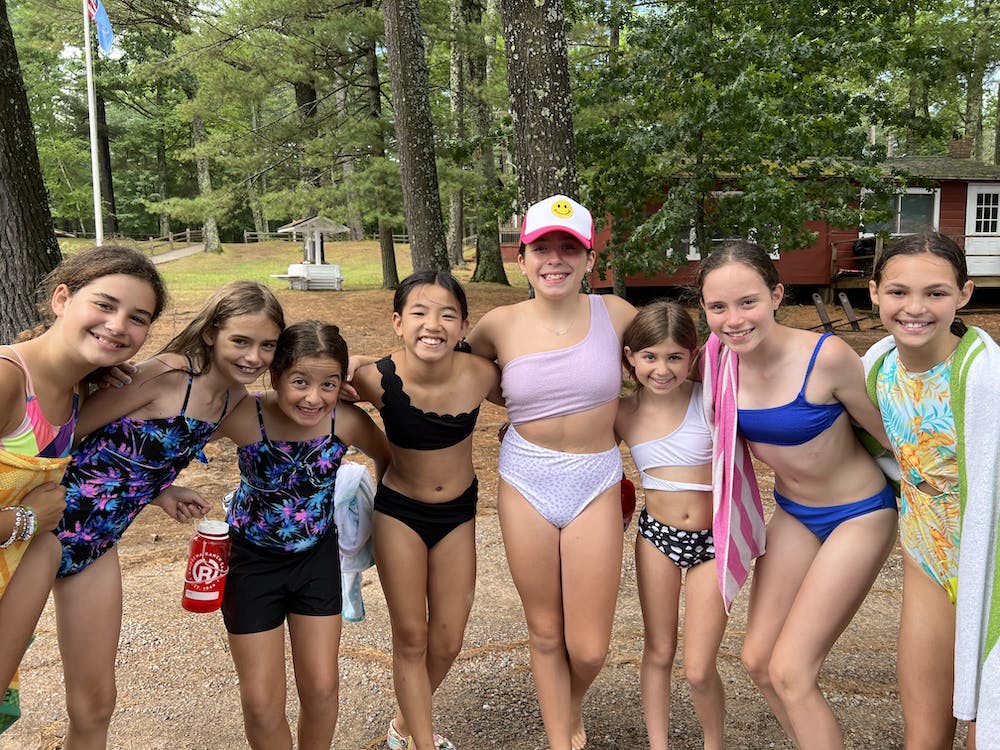 I am writing to you live from #TheRanch2022 as campers and staff are back in their cabins after an incredible day on Dam Lake! Today was a scorcher, and the office still feels like it’s 100 degrees, but the good news is that the air outside has cooled off and cabins are feeling good. Enough about that though, I’m excited to tell you all about our day at CRC…

Today was our first full day of regular activities and they got off to a crazy-good start. First period swimming happens to be the White Cap swim period, and when I went down to the docks, the White Caps were excited to show me their dive line…it was quite impressive! And then, on my way back up to the office, I ran into Georgia S and Jessie H who were coming from fishing. From what they had to say, the fish were biting this morning! Nine fish were caught during first period! A special shout-out to Peyton H for catching the first fish of the summer!

So yes, it was action-packed around here today. But that’s what we do- we go, go, go…we try new things, we make new friends, we compete, we cheer and we even eat ice cream :). That’s all I got for now but I hope you have a wonderful night…thanks for reading!