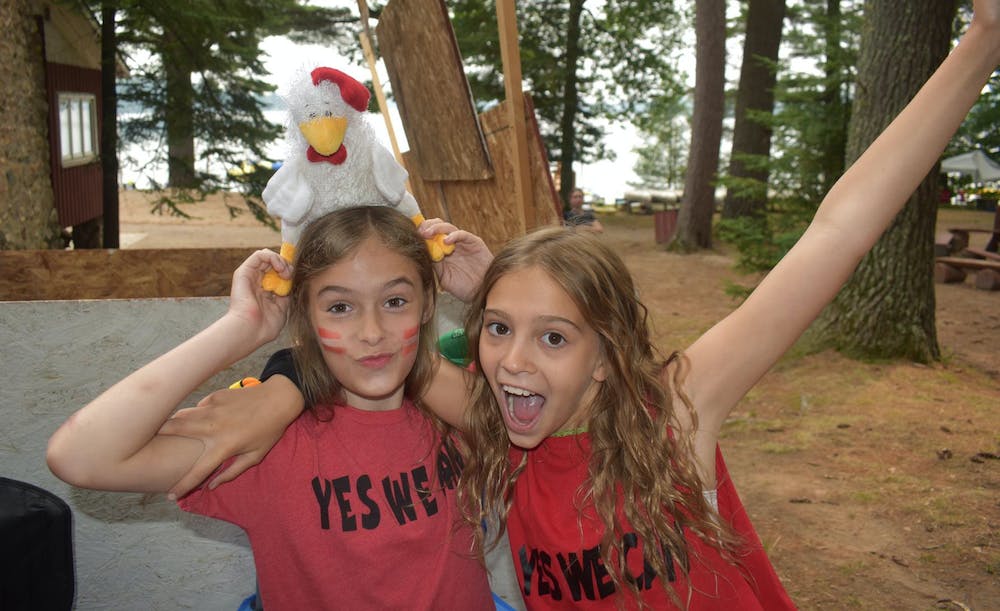 The below entry is written by Dylan Sachs. Dylan is a Ten Year Girl and also an original member of the Realm Dev Team. Additionally, she happens to be an excellent writer, and I am confident you will enjoy reading all about Realm from her perspective (which is a perspective that literally knows everything there is to know about Realm). A huge thank-you to Dylan, not only for writing tonight’s edition of TSD, but also for helping create a magical two days for our camp commmunity- Realm V: Secrets of the Round Table lived up to all of the hype!

Welcome to The Sari Diaries: Realm Day 2. It is only fitting to have a second day of the Sari Diaries dedicated to Realm and all of the camp happenings within the game. Yesterday, you all got a brief overview of the Realm basics, including the Roundtable positions, goals of the game, and information about the mini games within Realm. Tonight, I will take you through the final morning of Realm Season V: Secrets of the Roundtable.

First, let’s recap: The game was paused for the night at approximately 9:19 pm CDT last night, ending with a Tan turn that included many attacks on various White houses. The Tans picked up momentum after dinner by taking two houses by the end of the night. This achievement was much needed as it boosted morale following a difficult day for the team.

This morning, both Tans and Whites were in their respective Castles by 9:45 am. Everyone was eager to begin game play once again. The game of Realm has a naturally slow start on Day 1. This is due to each age group learning about their roles and settling into their jobs and responsibilities. Today, campers of all ages jumped into their roles and the excitement could be seen all over camp.

Throughout the morning, the 12 houses around camp changed from White to Tan to White and back again. In addition to this, Braves working in the houses leveled up in all industries from Lumber to Poultry to the Apothecary. The economy was booming and armies could be seen sprinting all over camp to attack and defend.

The Hunter Spies and Lightning Rod Protectors had a slow start yesterday, however, today they were able to advance in the complicated Lightning Rod Mini-Game, culminating in the creation of two lightning cannons (neon yellow dodgeballs) for the tan team. The details of the mini game are in the Realm Handbook for those who want to know more.

Each turn resulted in more house turnovers and individual achievements for those soldiers, long-bowers, and knights who participated in the attacks. The Castles were bustling with activity and excitement as army members gathered bows, arrows, and cannons, and were sent by the Roundtable to various locations around camp.

The Tans had a remarkable comeback and ended the game with nine houses, whereas earlier in the day they had only two. The last turn was a Tan turn and Sam G. and Summer W. sent out as many armies as they could to take over the remaining houses. The Whites put up a stellar defense and it was a tough game all around.

Both teams did an amazing job throughout the game, however, only one team was able to be named the winner of Realm Season V: The Secrets of the Roundtable. The winners were the Whites! In addition to the overall winner of the game, the top three campers with the highest number of individual points are announced. This year, the number one scorer was Jacklin R. Days before Realm, she spent hours reading the handbook and learning about the ins and outs of the game, specifically regarding the economy. She invested her personal Twills in houses that became Manors and perfectly honed her long-bowing skills, making her a valuable asset to the Tan team. The runner-ups were Emma G. (Tan Team) and Abby C. (White Team).

The ending of Realm is always bittersweet, as we are literally living the game and are consumed in the fantasy and the magic of the game. By the end, both teams were rapidly making progress in unlocking major achievements, but the exhaustion of the two days hit and everyone was ready to rest.

I wish I could tell you about each amazing moment and achievement that occurred throughout Realm, but we would be here until next summer. Realm Season VI will be here in no time! Stay tuned.

“I could do Realm for a whole week and it wouldn’t be long enough!” - Maddy K. (Tan Team - Chief Army Soldier)