Second session has officially begun and I believe we are on track to at least match all of the amazingness that first session brought. After a spectacular Visiting Weekend, I am feeling optimistic and excited for what’s ahead. This past weekend was the perfect mid-summer reminder that what we do here is important…and also that the people who call this place home for the summer are some of the most incredible on the planet. So as our first night of week four comes to an end, I am happy to report that we have a camp full of campers and staff who are excited for all that lies ahead- from Realm to camping trips to Songfest to climbing the wall and skiing around Dam Lake, we are ready to rock second session! 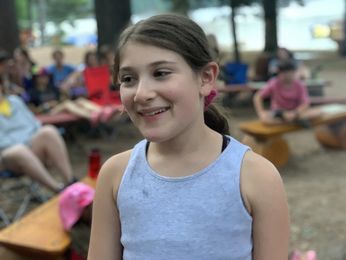 As for today, here’s what happened… 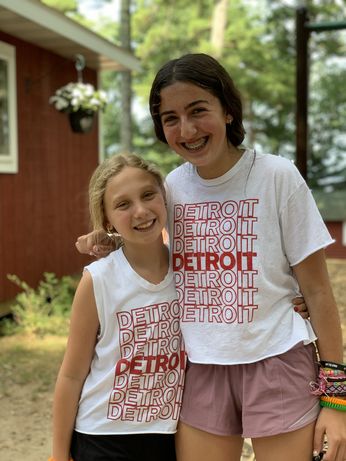 The buses pulled in at about 3:04pm and “We Welcome You To Chippewa” was sung loud and proud. As new campers and returning campers flooded off the buses, hugs were exchanged and screaming was heard. Once we announced cabins at the Center Fire Circle, campers and their counselors enjoyed some time together getting to know each other, unpacking and touring camp before dinner. Per our first night of camp tradition, we enjoyed spaghetti and meatballs for dinner…yum! After dinner, campers got to choose TWO desserts from Jen’s famous Visiting Weekend Dessert Spread. In order to choose who got to pick their desserts first, we had a rock paper scissors tournament. Each cabin sent a representative to the front of the lodge to participate in this intense tournament. It was funny and quite entertaining! 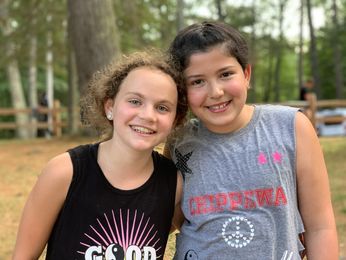 After dinner, we had an awesome Friendship Fire where we did some camp favorites including a Talking Contest, which ended in a tie between Stephanie S and Zoey J; Walking, which was led by the first year JCs; the Chippy Trivia Quiz Raffle, which was won by Jules L; and an amazing keylog ceremony in which campers and staff threw in keylogs to bond the cities they are from with Chippewa. The energy was high, and while I think everyone was ready for bed by the end, it was a wonderful way to kick-off the second session!

And that’s the round-up of our day at CRC. As we go into the final four weeks at #TheRanch2019, I know that each day I will feel lucky to be a Chippy. This is clearly a spirited group from Blackfoot all the way to Lakeview, and I am looking forward to finding out what’s in store for us this session. So for now that’s all but there will be many more details to come tomorrow. Thanks for reading- enjoy your night!