Things are feeling good after our first full day of second session at #TheRanch2019. We were lucky enough to have another wonderful day of sunshine and warm temperatures for most of the day that allowed us to have a full day of fun. Much of this action-packed day was in preparation for the first day of regular activities tomorrow, and campers and staff alike are excited to dive into all the awesomeness that a typical day brings. Here are the details from life at CRC today… 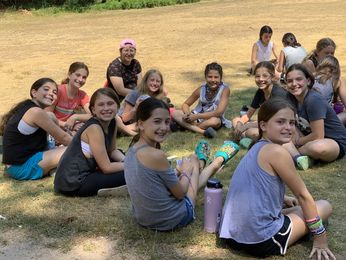 It all began with a birthday wake-up for Hailey B, Michaela G and Alexis F along with a Seven Wonders Quiz over the announcements. After breakfast, our morning was spent doing activity rotations including swim tests, fun at tennis, meeting the horses, and play try-outs. A highlight for me was seeing a whole crew of campers from a variety of cabins playing cards on the north field. 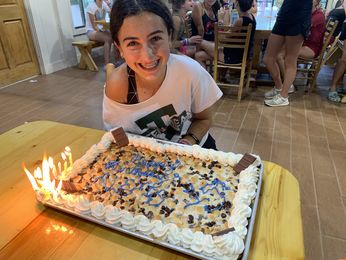 After lunch, we had a combination of activity sign-ups and olympic game activities. Olympic teams traveled around camp together competing against other teams in dodgeball, nucomb, tennis and soccer. Similar to the first session olympics, it was very cool to see campers playing team sports, making friends outside their cabins and excelling at activities they might not do every day at CRC. Before dinner, I stopped by the house to find Joslyn A, Julia E and Olivia S making rocks with positive messages to spread around camp. Joslyn began doing this during first session and I can tell you first hand that these rocks are bringing smiles to faces all across Chippyland. 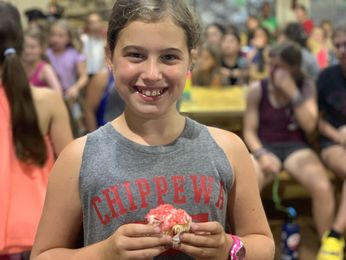 At dinner tonight, new campers learned what Tan & White teams they are on by biting into a cupcake to discover either white or red filling. The entire camp cheered them on as they learned which team they would be joining for life. We then cheered for Tan and White because tonight was Sandstorm. It was very cool to see both returning and new campers singing at the top of their lungs for their teams- the spirit in the lodge was electric. I loved watching Blackfoot emulate the older campers as they cheered along whether they knew the words or not. Overall, the cheering tonight was a definite indication that the remainder of Tan and White this summer is going to be filled with enthusiasm! 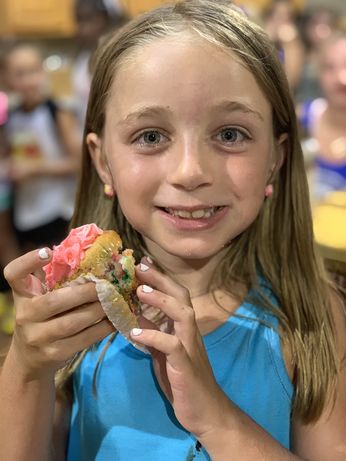 As for the game itself, Sandstorm was fantastic albeit wet. During what started as just a little bit of rain, the Braves moved their sand pile towards the north end of camp using bowls while the Hunters used cups. Once the sand got to the Warriors, they used tennis ball canisters to get it to the Chiefs. The Chiefs had a long distance to cover and they got the sand from one end to the other using pillow cases. Just as the sand was getting to the North Field, the rain came down a bit harder. Much to everyone’s dismay, we ended up calling the game early. While the game was not totally completed, up to the point when we stopped, the Tans were winning…and so, though it didn’t go quite as planned, the Tans brought home the W tonight. 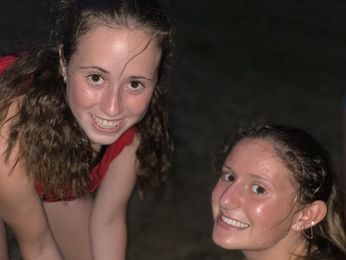 After Sandstorm, campers and counselors scurried back to their cabins in the rain giggling and loving life. Talia C, a CIT in the cabin of Horseshoe, informed us in the office that it was one of her favorite nights of camp ever. Despite the curveball of the weather, tonight made for an ideal camp memory!

And now, from Blackfoot to Lakeview, campers are asleep likely dreaming about the day ahead. It was a fabulous day around here and I have no doubt that tomorrow will be even better! Thanks for checking in tonight- talk to you all soon!