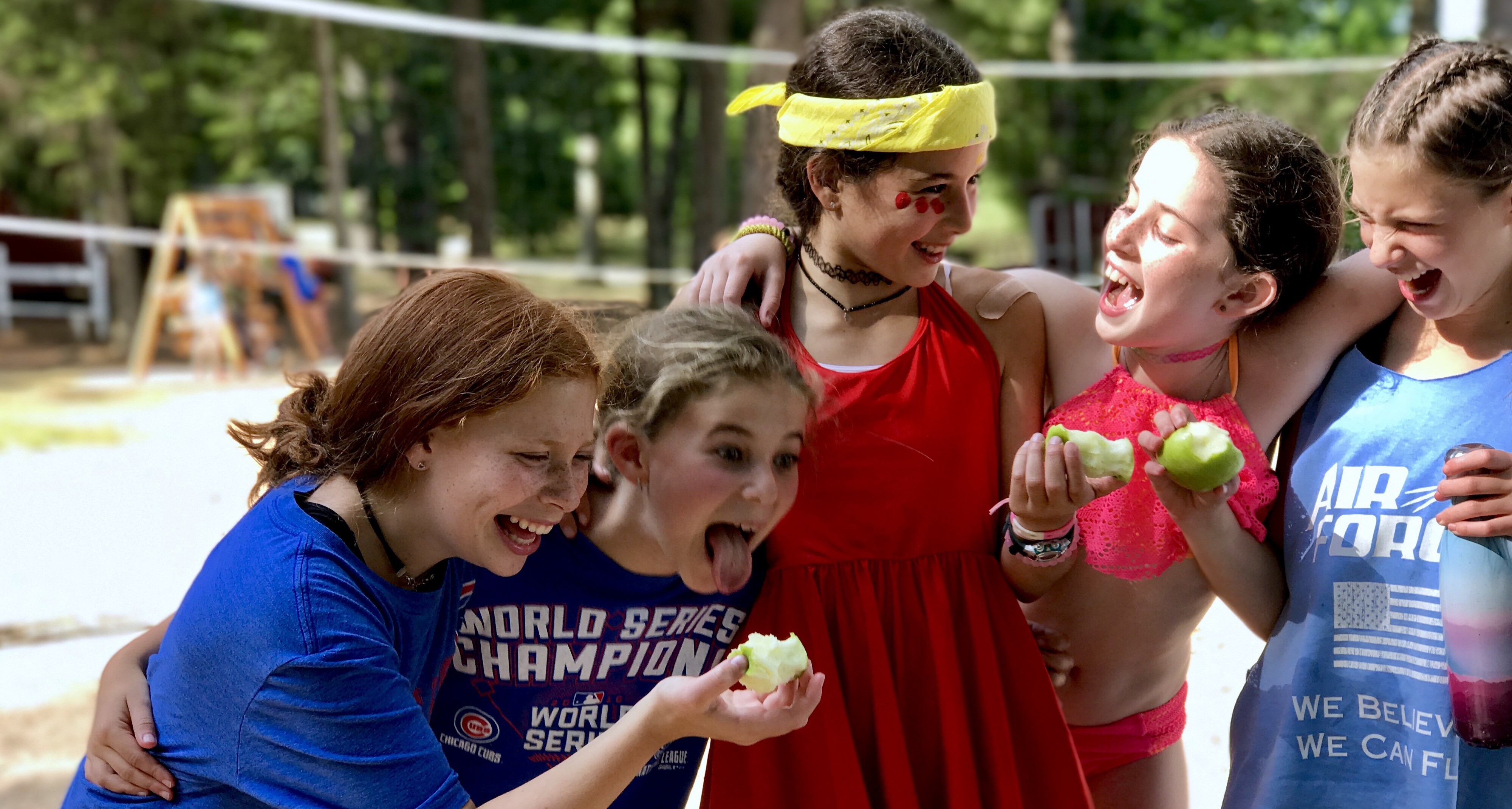 Someone once asked me what it felt like during those first quiet moments following the campers pulling away at the end of the summer. What’s interesting, is that this feeling is never quite the same, but much of it has never really changed either (at least for me). Right now, for example, it kind of feels like the buses never even stopped rolling through here back in June. It’s almost as if they just pulled in, did a loop around our circle drive, and then suddenly we were sitting in that indicative, silent aftermath of another summer slipped by. Where did all that time go? Now all I want to do is remember the moments before they dissolve, and camp memories are a terrible thing to lose… Just ask anyone who ever went to camp.

When the campers arrive, they fill our little world with themselves, of course, as well as the many objects that they packed along for their great summer adventure! When they depart, however, they leave behind far more. Yes, they forget some socks, and towels and water bottles; hard as we try, there are indeed some possession management casualties, which landmark the summiting of Mount Independence. Those, however, are not what I am referring to in terms of things left behind. They also leave behind entire oceans filled with pinnacle moments, silly memories and the beautiful interactions that they shared. For the remaining staff, these memories coat the air like a thick, comforting paint, but that color will slowly fade away in the ensuing days, weeks and months. The good news is that these memories are perennial. Each dormant story remains attached to an object or place around camp, so as long as the players return the following summer, so too will their stories, and their memories will live on.

With that said, you might consider asking your camper about some of those other lost & found intangibles. You’ll find that one step beyond the object, or the item or the “thing,” is home to dozens of gems just waiting for extraction. These are the memories that she may have left behind, and they’re priceless. For the campers, these reflections could light up their years to come with beautiful camp memories, and for you as parents, they’ll fill the gaps between the posted daily photos, the letters that she sent you, and the nightly Sari Diaries that we all look so forward to.

Your daughter had one heck of an adventure this past summer. She was at her best at times, and at others perhaps not, but in the end she always found her way back to center. For her, camp was a safe place for exploring emotions, and navigating through strategic problem solving. There was no better opportunity for her to take some measured risks, because at the end of the day she will have been nested in support, and especially by her camp friends. These would be her companions through the greatest adventure of her childhood. Camp friends are like no other kind of friend, in that they will always share a unique connection that is deeply rooted in love, and grown out of the challenges and adventures faced together. If you watch closely, you can see this beautiful relationship evolution in so many different ways. For example, when camp friends are together the power of one word has the ability to trigger endless hysterical laughter. When camp friends are together they have this knack for being able to instantly “get” one another through a gesture or an expression. When camp friends are together they are able to talk about the same things over and over again, and never lose interest in the subject matter. Best of all for you as parents, though, is that when camp friends are together, you get to see them dressed in their happiest selves, and all while basking in shared summer experiences that were clean, healthy and innocent. They are pulling their memories from a safe container, and in essence, using those to define what happiness should be, and what friendship is. As the parents of a new camper ourselves, that last sentence just may be what makes this all worthwhile to Lisa and me.

So yes, your daughter may come home a couple items short. She may have ruined a pair or two of sweatpants, or even put a hole in her favorite stuffed animal, but those missing items may be sought out and shipped, those sweatpants will remind her of the great times she had this summer, and that hole in her stuffed animal (the one that appeared on the 5th day of camp, and that she stopped worrying about by the 7th), represents a critical step in the right direction toward independence. Nobody was able to remind her that she should have been devastated by that tiny hole in dependency doll, and in turn she was able to experience life rolling on regardless. The result: One more point scored for resilience. I think i’ll call that “damaging up.” This goes beyond objects though. Not every moment is going to have been without “holes” for your camper, and she is likely to have stories that trigger every single emotion within you, but remember that most of her summer experiences, whether they be good or bad, hard or easy, happy or sad, will help her to mold into a kind, empathetic and strong young woman some day. That is why we do, what we do, in the way by which we do it.

I know I speak for Lisa and Sari as well when I thank you so much for allowing us to share this amazing journey with your daughter. Words cannot describe how much we appreciate and value your trust in us, as well as your support in what we set out to do every single day at Chippewa, which is to create a safe, fun and healthy camp environment for every child that passes through our gates. We look forward to sharing many more summers to come. Onward and upward to 2018!