What a day it has been at #TheRanch2015! Despite some rain this morning, the weather ended up being fantastic and we finally have the complete staff crew at camp. Here are the details on today’s fun… 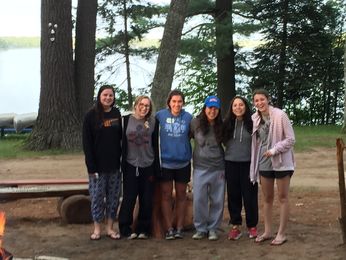 This morning, the new staff had a chance to play a Tan and White favorite- TV Games. Because of the weather, we weren’t able to play Circle Game, but TV Games was definitely a hit. After lunch, we all went out to the ropes course for some good times. There were a number of people that were afraid of the height but they challenged themselves and tried a few of the elements. 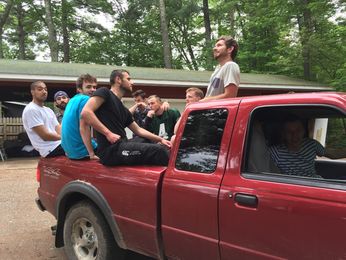 At about 3:03pm, the vans pulled in and the excitement began! There were hugs, screams and lots of smiles, as it was the first day of camp for so many that love this place. We had twenty CITs, twenty first year JCs, ten second year JCs and two SCs arrive and it is so great to have them all back. It is pretty crazy that our CITs are already on staff. It honestly feels like yesterday that they were our youngest campers running around this place! Over the past seven-or-so summers though, this group has definitely proved that they are ready for the huge responsibility of being a counselor. 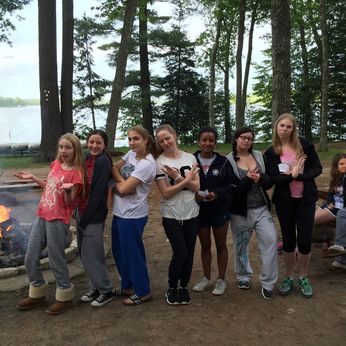 Throughout the afternoon, we had a bunch of activities to help the staff get to know each other. We played a name game, did some speed dating and broke up into groups to prepare for a rap competition. After our traditional first night dinner of spaghetti and meatballs, we all went to the Center Fire Circle for the rap competition performances. There were varying levels of talent but everyone tried their best and it was quite entertaining. 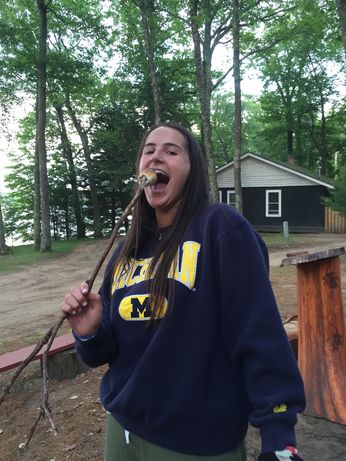 At the end of the night, the staff congregated in the Staff Retreat to watch the Chicago Blackhawks win the Stanley Cup! There were tons of cheers and we were all thrilled to celebrate another big win for the Hawks.

So there you you have it- a successful first day with the entire staff. Tomorrow we are looking forward to some excellent pre-camp sessions, games and our annual staff trip to Walmart. Check back for the highlights tomorrow night!