The April Staff Spotlight features Sam Shepherd. Sam will be joining us for his third summer in 2015 all the way from New Zealand. Sam first came to CRC in 2013 with a head full of dreadlocks that he chopped off later that summer. This past summer, Sam brought an Outdoor Living program to Chippewa and it was incredibly successful and popular. Overall, Sam has been a huge asset to our staff team over the past two summers and we hope that we have many more summers with him in the future. A huge thank-you to Sam for his willingness to share his responses below!

How many summers have you been at camp?
I’ve been to camp two years and heading into my third. 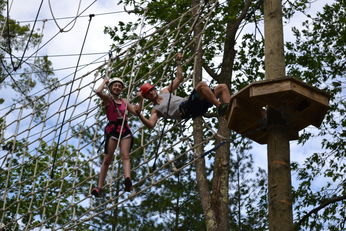 What cabin were you in during the summer of 2014?
I was in Chaps for both of my past summers. 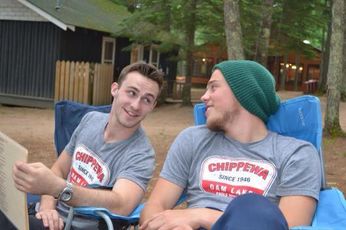 What is your favorite part about being a staff member at CRC?
My favorite part is all the fun and memories we make together at camp. Waking up every morning excited for the day. 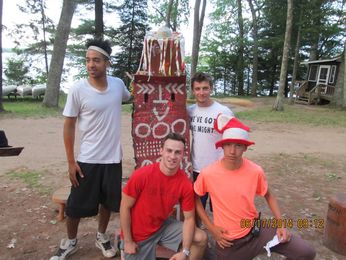 What is your favorite memory from the summer of 2014?
2014 favorite memory has got to be my Kahuna Day team winning for the second year running! You’ve got to eat some Cathy’s after all that running about. 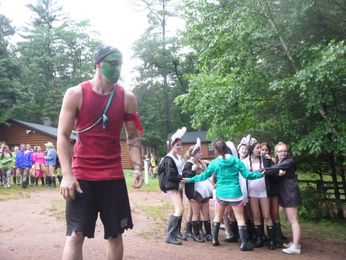 What is your favorite camp memory of all time?
Favorite camp memory of all time was early in my first year; James running into the staff retreat out of breath needing someone to help him with a job, so I got up to help and it turned we were just going to taste the fresh batch of ice-cream cookie sandwiches. Karma tasted good :). Also when Callam and I became Team Sallam. We’re every campers’ favorite team. It’s the best. 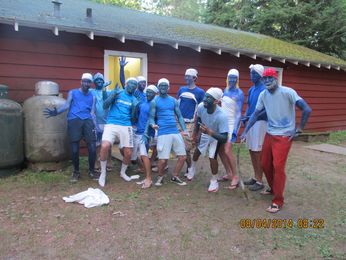 How do you stay in touch with your camp friends during the year?
Living in New Zealand on the the other side of the world does make it more difficult to keep in touch with camp friends but I Skype and Facebook chat them as much as possible. Instructor Callam decided to follow me back home so we hang out on the daily.

What do you do when you are not at camp?
I’m currently a shift manager at Starbucks; it helps me not miss America too much. Back home I rock climb, practice Muay Thai, ride & work on my motorbike, and try to be outdoors as much as possible.

Anything else you want to share with your Chippy family?
Only a couple of months left ‘till camp starts!! Can’t wait to get on my flight and get back to my second home :).